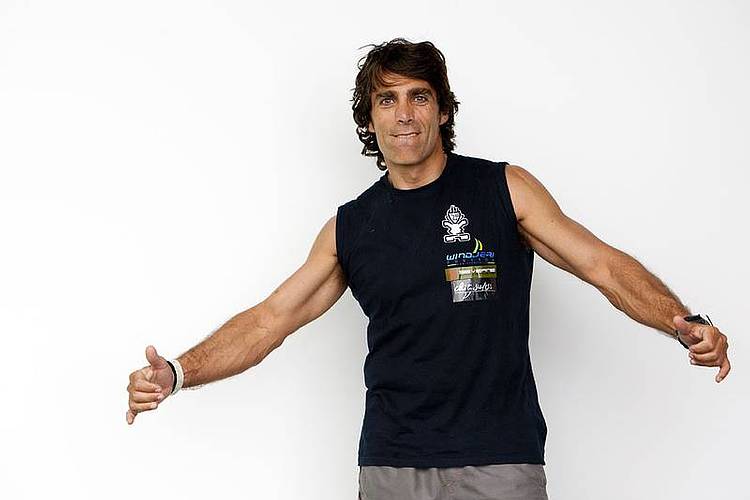 RAIMONDO GASPERINI GETS AWARDED THE PRESTIGIOUS WATERMAN OF THE YEAR TITLE BY THE ITALIAN SURF AWARDS 2010.

The official statement reads as follows:

“In the historic Italian Surfing and Windsurfing Awards 2010 (which took place Sunday in Santa Marinella,Roma, Italy), Raimondo Gasperini was awarded the title of ‘Waterman’ of the year for achievements in his career, that now place him on the podium of the national wave circuit and always in the top 10 of the Freestyle circuit, but also for the work of development and promotion of surfing among youth. The occasion also took the opportunity to preview the video ‘XRay Talent Factory 2010’, a rookies event organized by Ray to teach all the secrets of freestyle to children aged 9 to 21 years.

From Rome, 44 years old Raymond lives for windsurfing. He’s a professional Windsurfer in top shape, both physically and mentally, but credit really goes to him for putting his class and experience available to children, giving them the opportunity to follow in his footsteps.

His work was recognised this year when 20 year old Sardinian freestyler Gabriele Varrucciu, who grew up under the advice of Ray, became the Italian freestyle champion, and a recognised Italian windsurfing talent.

Congratulations to Ray; 2011 still on the crest of a wave.”